Desert Overture Live Cultural Entertainment, Inc. (DOLCE) was incorporated in May of 2010 by individuals who recognized the unique needs of a wind ensemble operating within the LGBT community. They dedicated the organization to providing entertainment and serving as a voice of the LGBT community. DOLCE hired Scott Helms as its founding Artistic Director.

Desert Overture’s first public performance on August 8, 2010 was a concert of solos and ensembles presented at Central United Methodist Church. That free concert, called “A la Carte,” drew a standing-room-only audience and was well received. Desert Overture’s first full wind symphony concert, “A Fireside Christmas,” was performed in December, 2010 at First United Methodist Church of Glendale (as part of the “Glendale Glitters” festival) and at Trinity Episcopal Cathedral. In April of 2011, Desert Overture marched in the Phoenix Pride parade; it was the first time an LGBT band had ever marched in that parade.

DOLCE is a Lesbian, Gay, Bisexual, Transgender (LGBT+) and Ally music organization whose mission is to entertain, enrich, educate, and support the community and our members through our passion for music. As cultural ambassadors of the LGBT+ community, we build bridges of acceptance and understanding in the community at large; provide a safe, welcoming, and enjoyable experience for our members and audience; and foster a greater appreciation for quality music.

Desert Overture was featured in a very nice article in Echo magazine. Read it here! 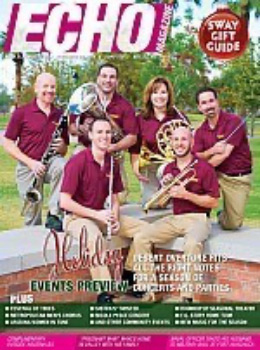 Scott Helms is the founding Artistic Director of Desert Overture. He has served on the Board of Directors for the Lesbian-Gay Band Association, and was a featured conductor for the 2011, 2014, and 2016 LGBA Conferences in Seattle, Ft. Lauderdale, and Palm Springs, respectively. In 2009, Scott co-wrote the script and composed the score for an original gay-themed silent movie, “A Belch Can Ruin a Wedding”, which was premiered by the Phoenix Metropolitan Philharmonic Ensemble under his direction. This film was featured in the Desperado Gay & Lesbian Film Festival, and has also been performed by bands in New York, Chicago, and Seattle. He was the Assistant Artistic Director for the Team Band concert at Gay Games IX in Cleveland in 2014.

Scott graduated Magna cum Laude from Butler University in 1988 with a bachelor’s degree and High Honors in music theory and composition. He also earned a master’s degree in music theory in 1991 from the University of Cincinnati College-Conservatory of Music, and a master’s degree in instrumental music education from Ball State University in 1993. Scott is a Registered Piano Technician and owner of Helms Music, Inc. He is a past member of the Phoenix Metropolitan Men’s Chorus and served as Artistic Director of the Phoenix Metropolitan Philharmonic Ensemble from 2008-2010. In 2019, he was a finalist in the Phoenix Mayor’s Arts Awards. He married his partner Randy in 2015 and they celebrated 28 years in 2020. 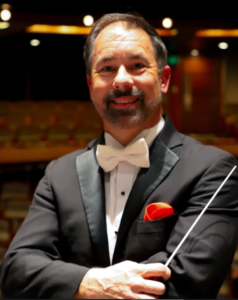 Desert City Jazz is a full-size jazz ensemble comprised of many of the best jazz musicians in the Phoenix area’s LGBT and Ally community. For more information, visit their website here.